A Culture Worth Celebrating

Yesterday I read an article that talked about an incident at a California public school where some students were not allowed to wear American flag shirts during a Cinco de Mayo celebration.

Understandably, some people are pretty upset about potential free speech issues associated with what happened. The whole situation is really messy (with some students threatening violence against the kids sporting American flags), and there are certainly complex constitutional issues worth discussing. But the legal issues are not what I want to talk about right now.

Two things really bothered me about the incident and the article that I read.

First, reading the details of the incident (as retold in a 9th Circuit court decision) makes it pretty obvious that some of the students in this school were not being at all accepting of the Mexican-American students and their culture. During Cinco de Mayo the previous year, “Some students hung a makeshift American flag on one of the trees on campus, and as they did, the group of Caucasian students began clapping and chanting ‘USA'” (9th Circuit court decision). Think about how bizarre it would be to bring an American flag to an Irish pub on St. Patrick’s Day (or to a Synagogue on Yom Kippur) and start chanting “USA!” How is one supposed to interpret that as anything other than opposition to St. Patrick’s Day and–ultimately–to Irish culture in the US?

Of course, there’s no popular perception that Irish people “aren’t assimilating” in the US today (though there almost certainly once was), so it’s hard to picture such an anti-Irish protest actually happening. The wearing of American flags to a Cinco de Mayo celebration happened in a context where many people (including some people I know and love) are truly concerned about Latino-American culture and how it may impact the US. I’ll say more on that in a minute. For now, I just want you to consider how unwelcoming it might feel to have other students provocatively proclaiming their patriotism to the US on a day that is supposed to celebrate the unique culture and experiences of you and your family.

Just to be clear, I’m not in any way trying to argue that responding with violence or threats of violence is appropriate. And I’m not trying to make a statement about whether or not school officials responded in an appropriate manner.

What I am saying is that it’s a real tragedy when kids are told by others that their culture is not one worth celebrating.

That’s a recipe for producing shame. Today, I read some powerful words from a Latina woman named Noemi Vega:

I grew up wrestling with the model minority identity, as I would hear statistics about my Latino people that caused me to internalize shame. I felt embarrassed for my people who got pregnant before graduating high school or when my friends would ask why my lunch was a burrito instead of the cafeteria food. In order to overcome all of these negative stereotypes, I tried to be the “best Latina” that I could and earn the best grades that I could, but I never felt like my best was “enough.” Shame prevented me from seeing the beauty of my culture and of who God made me to be. (http://intervarsity.org/blog/importance-understanding-your-latino-identity)

For most people, freedom isn’t found in shedding the cultural identity that they inherited. Freedom is found in learning to see the beauty in who they are. Noemi Vega continues:

As I started to learn about God’s intentionality in designing our cultures, I began to see the beauty in being a Latina. We have a joyful style of worship that celebrates God’s role in our lives and a strong value for familia that helps us be welcoming Bible study members. I have also found that the more I am aware of the gifts from my culture, the more I am able to connect with my familia; instead of shame about our immigrant background or our economic status or our acculturation, I am able to feel embraced by my God who once was shamed on the cross and shamed by being born in the most humble of places. Jesus, who was supremely rejected, supremely welcomes us and calls us friend, brother, sister. We are his familia. (http://intervarsity.org/blog/importance-understanding-your-latino-identity)

I’ll close by sharing a really powerful article by another Latina woman about the day she gave up her Mexican last name. I highly recommend that you go read the whole thing here, but I’ll also post a short excerpt:

It was sometime in fifth or sixth grade that I started looking for ways to mask my Mexican-ness. I mimicked clothing choices of the preppy white girls, attempted to play sports and tried out to be a cheerleader, got competitive with academics, and tried to maneuver social circles to prove to everyone I wasn’t like those “other Mexicans.” It worked to some extent; I was told multiple times throughout junior high and high school that “Oh, you’re not really Mexican, you’re white,” which I wore like a badge of honor. Because Mexicans got pregnant in high school, Mexicans did drugs and dropped out, Mexicans didn’t go to college, and I was not one of them.

But it didn’t matter what I was or what I wasn’t, because my last name wasn’t something I could hide on an application or a résumé. Years of striving to be different from a stereotype didn’t matter. The minute someone read or heard the name “Rodriguez” they made assumptions – that I’m not educated, that I’m poor, that I’m promiscuous, that I’m unable to write well, and that I’m someone who can’t be trusted. . . .

So when push came to shove, I changed my name to Angela Prilliman.

I saw the opportunity to appear “more white” and finally receive some of the advantages that come along with that change.

And I immediately was disappointed with myself. 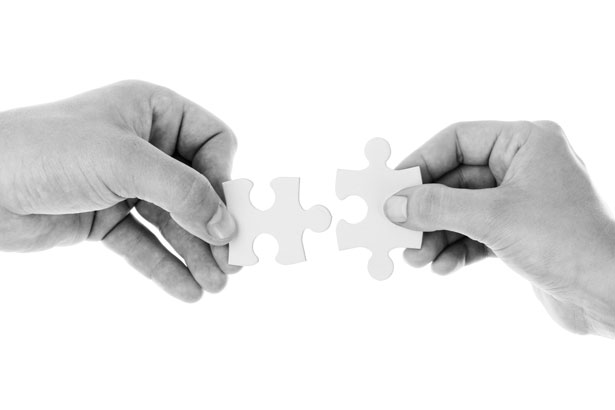